Last weekend, my cousin decided to do the 40 hour famine with his school. In a moment of madness, I decided to do it with him. In my memories the 40 hour famine was never very hard. To be honest all I could really remember is the end of the famine, where I would either make and eat an entire pizza, pot of macaroni and cheese or possibly tub of ice cream, much to my shrunken stomach’s regret. Nothing tastes quite as good as homemade macaroni and cheese when you haven’t eaten for forty hours 🙂

So I started at 8pm, and settled in for a night of babysitting. Babies went to bed, I started binge-watching all their recorded movies, things were looking good. And then…I saw they hadn’t eaten their dessert pizza. It wasn’t just any kind of dessert pizza, it was an Elvis Presley pizza. Layers of caramel sauce, nutella, roasted banana and chocolate crumble, covered in sugar. A little voice in my head said ‘no Lil! You’re only forty minutes into your famine!’ But a much louder voice said ‘NOOOOM NUTELLA BANANA ERMAGEEEERD’ and the next thing I knew, half that pizza was chilling in my tummy.

I wasn’t even hungry! I don’t even like dessert pizzas (except this one was pretty good). It just goes to show that deprivation never works. Especially if you haven’t actually raised any money, and therefore have no reason to continue the famine…

That story doesn’t really have much to do with this chocolate cashew cream cake, I just had to alleviate my conscience somewhere. I did warn you all with my rhubarb cinnamon cream cake that there would be many more cashew cream cakes to come now that I’ve discovered how good they are. And to be honest, what with dumpling month going on this past four weeks, there has been a serious lack of chocolate on here.

This cake was inspired by that nutella pizza in a way, because I continued with the hazelnut and chocolate theme, sans banana. If I was Elvis Presley, there would also be caramel and peanut butter involved, and I would have to deep-fry the whole thing as well…when I was eating it I actually imagined how good it would taste with peanut butter, so I’ve made a little recommendation in the recipe if you want to take it down that route!

Sorry this is so late by the way! This post took me a lifetime to actually put up once I’d planned on making it. Normally I post every weekend, by the latest Monday morning. I had grand plans to finish all my uni work and go to bed early on Friday, waltz in to my kitchen on Saturday morning and blend this up in no time, chill it, cover it in ganache, go out and get myself a new job, and photograph this cake on Sunday morning, possibly drinking a green smoothie at the same time.

But…Friday night ended up being Beyonce night and I ended up not getting home on Saturday morning until 5am…I got out of bed at 10am, dragged myself to a job interview, zombie-stumbled home, fell on my bed on the way to the shower, ended up falling asleep for five hours, fell off my bed on to my phone which thankfully alerted me to wake up, washed my face, stumbled to babysitting and died on their couch. 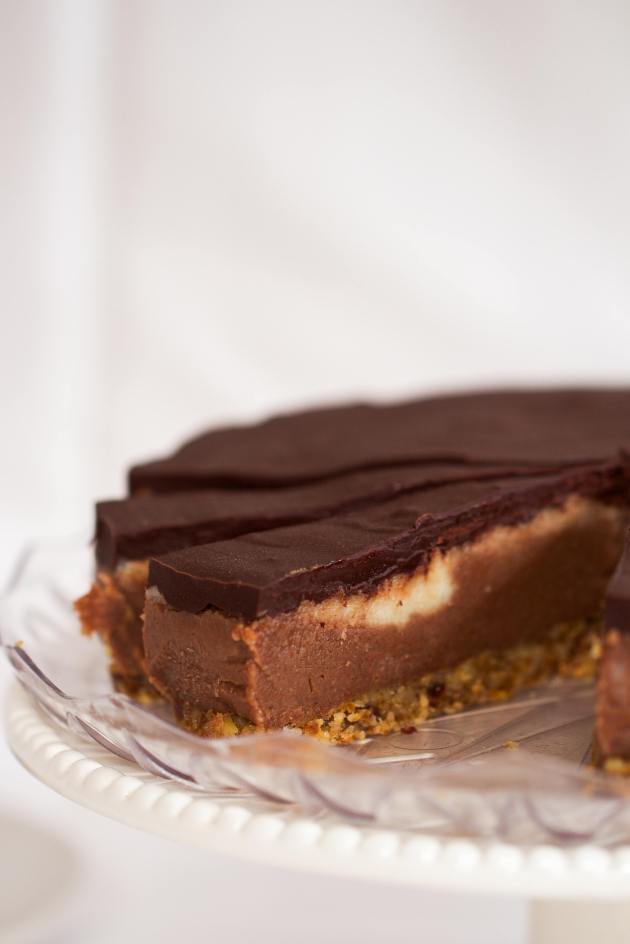 And then it rained for three days and the light was so terrible I had to wait until Tuesday to photograph the cake! That’s why there’s no process shots, the light was literally so dark my camera couldn’t even find a focus point. So anyway! Here it is. It is seriously delicious. I just ate a huge piece instead of going to the gym, and it was perfect. You can keep it in the freezer or the fridge, both are seriously yummy.

I had cocoa butter in the fridge, which I used to make my own chocolate both for the filling and topping. If you want a short-cut version, buy a good-quality vegan sugar free block of dark chocolate. (But making your own is super easy!) After eating the different layers, I realised you can’t taste the difference strongly enough to warrant the extra mixing bowl! But if you like the look of layers by all means, take out a few scoops of the filling before mixing in the melted chocolate 🙂 Have a great week guys!!

One Year Ago: Banana Chai Cupcakes 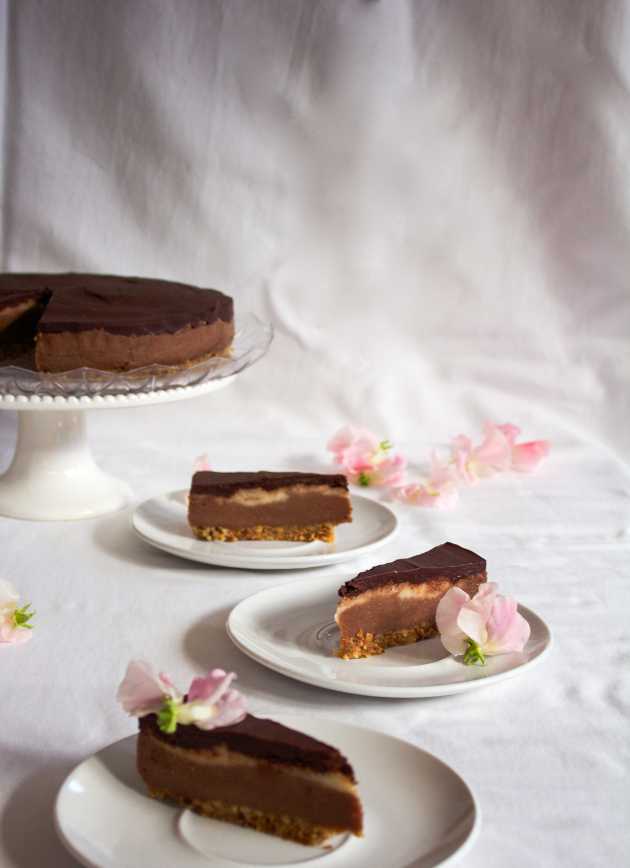 Start by lining a 23cm tin with baking paper. Blend the ingredients for the base until a smooth dough forms. If your blend is crappy like mine, make sure to crush the nuts and cut up the dates first, and blend in batches. Press into the bottom of the tin and keep in the freezer until ready to fill.

Wash your cashews under cold water and drain well. Blend with the coconut oil, honey, lemon and vanilla bean seeds. Either remove a few scoops now to make separate layers, or just make one chocolate layer.For a peanut butter layer, blend the peanut butter with half the mix now and set aside. Mix the 50g cocoa butter, cacao and honey together until smooth and runny. Blend this into the cashew mix and pour into the tin. Smooth over and leave in the freezer until ready to top.

To make the ganache, melt the cocoa butter slowly and stir in the cacao and honey. Stir until smooth. Stir in the coconut milk and pour over the cashew cream filling. Now keep the cake in the fridge for at least 4 hours, until ready to serve. It’s very rich so serve in small slices! Enjoy 🙂 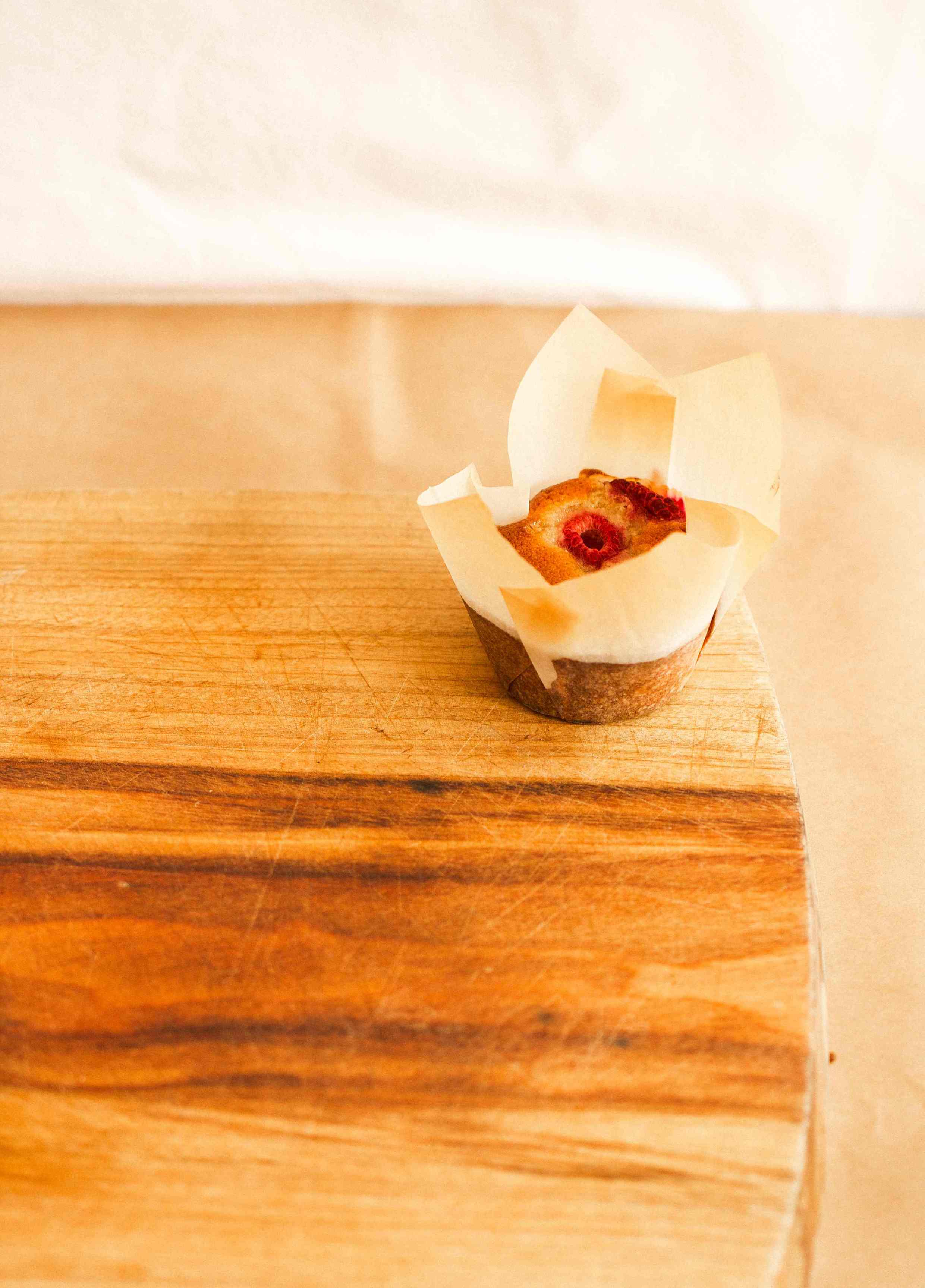 Missing this beautiful gal! Wish I was sharing her healthy vegan adventures through Italy 😔🌟🌙🔆💫 @laurasmishh can't wait to see you soon!
Messy salad, avocado and bread 😍🌸✨ so easy and so tasty
So messy looking 🙈 but so good! Noodles with greens and avocado ✨🌟✨✨✨✨
I'm very proud of this pumpkin I carved for Halloween hehe 🤗🌟✨✨
Cold soba and greens salad to take to work! So easy to make and tasty 😇✨✨✨✨
Drowning in uni work but at least mangoes are in my life 🙄✨✨✨ 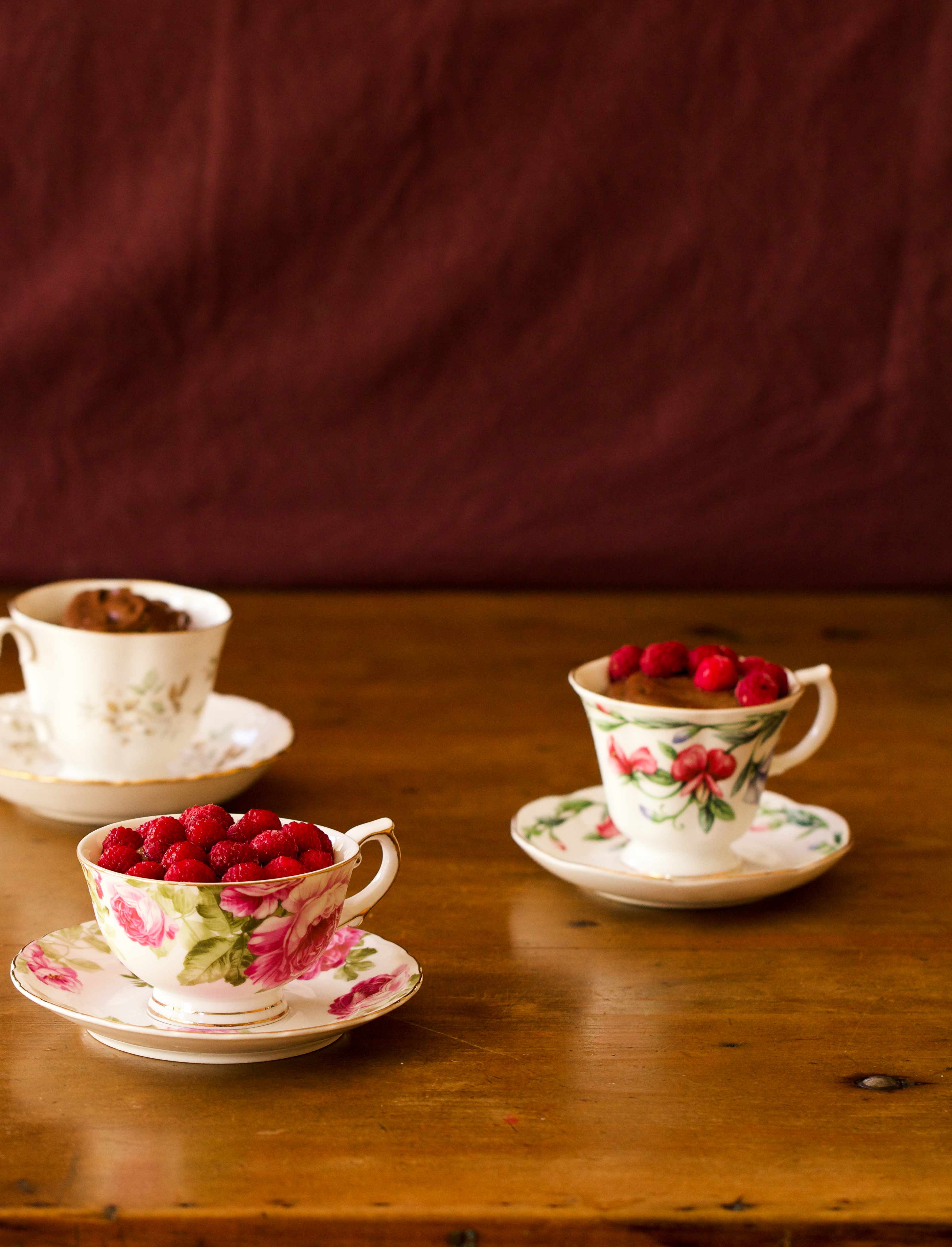 Nowhere to look but out

my love for whole foods

A Vegetarian Food Blog with a Twist of Adventure

Top With Cinnamon
My New Roots

Baking and cooking recipes for everyone